Alumni are members of a fraternal community who share a common bond. The Alumni of Kappa Epsilon Fraternity is comprised of a vast group of exemplary pharmaceutical professionals who have contributed to all areas of pharmacology including community service, administration, academia and research, since 1921.

Our Founder, Professor Zada Mary Cooper was among the first members to be inducted into Kappa Epsilon and later served as President of Grand Council. Her influence in the classroom deemed her as a Master Teacher with a vast knowledge of pharmaceutical arithmetic and laboratory sciences that inspired understanding among her students for weights, measures and concentrations. As an advocate for the community, she instilled a responsibility among pharmacists to proactively educate the public about the use of medications. She was a proponent for the establishment of the Women’s Section of the American Pharmaceutical Association (APhA) in 1912 and later served on the Executive Committee and as President of the Women’s Section of APhA. Her dedication to education continued by serving the mission and vision of the American Association of Colleges of Pharmacy (AACP), as secretary/treasurer for twenty years.

Today, our motto is KE4Life! Each KE Member is encouraged to continue their involvement and influence beyond the classroom and into their communities by furthering the work of a clinic, hospital, office or boardroom. Kappa Epsilon has had an important impact on the profession of pharmacy for over 90 years through supporting personal and professional development, providing networking opportunities, promoting pharmacy as a career, and participating in various breast cancer awareness efforts.

Together, we will make a difference!

Founded in 2006
Another KE historic icon was Gloria Niemeyer Francke (left). Gloria graduated from Purdue University in 1944 and was initiated as a KE Member of the Pi Chapter at Purdue. She was deemed a “Mentor to Many,” as she continually provided networking opportunities to Kappa Epsilon Collegiates and Alumni, as well as many other pharmacists. Her life’s work served the missions of two major pharmaceutical organizations including the American Pharmacists Association (APhA) and the American Society of Hospital Pharmacists (ASHP).  Her contributions to the field of pharmacy were duly noted as the recipient of the 1955 Harvey A.K. Whitney Lecture Award, the 1967 Kappa Epsilon Career Achievement Award, the Professional Fraternities Association Career Achievement Award and the Remington Honor Medal in 1987. Gloria was the first woman to receive the Remington Honor Medal; it is the highest recognition given in the profession of pharmacy and is awarded annually by APhA. Gloria served as Secretary of the ASHP, Assistant Director of the Division of Hospital Pharmacy for APhA in Washington, DC, Honorary President of APhA and Honorary Chairman of the APhA Board of Trustees. 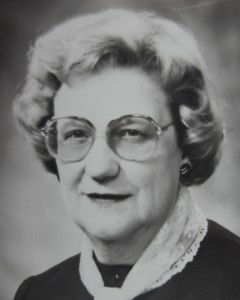 Alumni Chapters serve the mission and purposes of Kappa Epsilon Fraternity by offering opportunities for graduate Members to continue their involvement with the common goal of KE4Life! We invite all alumni to consider joining or founding an Alumni Chapter in their community.

Outlined below are the steps to consider for planning and creating a petition to form a new Alumni Chapter.

Contact as many current Kappa Epsilon Members throughout the designation area of the said chapter and invite them to a Founders Meeting. Keep in mind that some members may be interested in being the founding members of the initial charter.

Prepare a Petition for Charter

Petition: The petition should be written to include the signatures of five Founding Members.

Set a date and plan a special event for the Founding Members to sign the petition for charter. This event will set the stage for days, months and years to come. It’s a great opportunity to renew friendships, establish chapter goals and plan community service initiatives.

Founding Members who sign the petition for charter must be current with National dues. Dues for the current year may be included with the petition packet. Local alumni chapter dues may be set and collected, as determined by the said chapter.

The complete packet including the petition to charter, charter fees and member dues should be submitted to the KE Executive Office.